Limelight: The Power of Performance 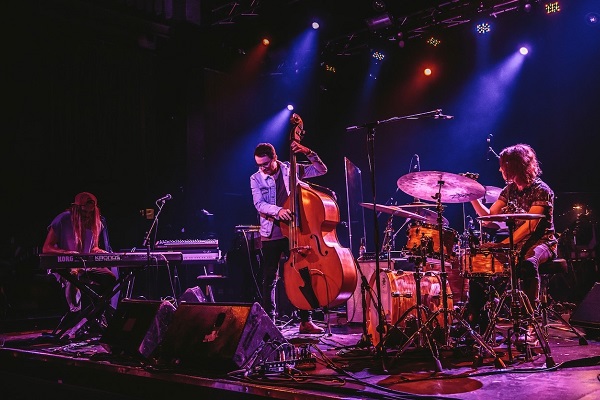 If I had to ask you right now to imagine your greatest fear, I would venture to guess you would say something along the lines of: snakes, sharks, heights, the existential dread of recognizing our own mortality, etc., etc. However, research has
shown that the number one fear in society is public speaking. How could it be that intelligent, charismatic people can have such a strong fear of speaking in front of groups? We share our ideas and communicate with others every day, so what makes public speaking so much more difficult?

The spotlight. Real or imaginary, we tend to shy away from it. See, human beings are hard-wired for belonging. We want to be praised by others or simply to “fit in.” When we speak publicly, we put ourselves in a vulnerable position of potential judgment or rejection from others. The exact same is true for musicians who play their instruments for an audience. In fact, it may even be amplified given the intimate nature of music. I’m not writing this to freak you out (although, if you’re like me you may have already stopped reading and picked up a paper bag to breathe into). No, that’s not it at all. The purpose of this post is to show the true reasons for performing live music; connection, experience, and education.

When we break music down to its base roots, we discover that it was created for camaraderie. Music is an expression of emotions that words could never convey on their own. From work songs sung in the fields to upbeat pop songs played through loudspeakers at fun-runs, music conveys and evokes emotions that everyone can connect to. Dave Grohl (Foo Fighters, Nirvana) once said, “That’s one of the great things about music. You can sing a song to 85,000 people and they’ll sing it back for 85,000 different reasons.”

Music can be a private and cathartic experience, absolutely. Sometimes writing and playing music can and should be purely for ourselves. Yet, I would argue that music’s true power isn’t fully realized until we are able to share it with others.

From a development standpoint, this aspect of performing is one of the most valuable. Whether you’re playing solo, in an orchestra, or in a Simon and Garfunkel tribute band, performing in front of audiences brings you to a new level of artistry. When something goes wrong at home by yourself, you can re-record or (my favorite) laugh at yourself and pretend it didn’t happen. When you’re performing live, however, you have to learn to keep a poker face. When things get wonky (such is life), you have to be able to think on your feet and adapt.

If you’re a drummer and you drop a stick in the middle of a set, you don’t have the luxury of stopping the band to reset yourself. You have to learn how to maintain time and change sticks without the audience ever knowing something went haywire. This goes with every instrument. You’re a guitarist and your B-string breaks? Find a way to pick around that string! No one likes the high notes anyway! You’re a vocalist and a blender starts whirring the minute you open your mouth to sing at a coffee shop? Extend the instrumental solo! Or find another way to stall…scatting, perhaps? In all seriousness, there is an electric, amplified feeling that music takes on when performed live. Anything can happen, and that’s the beauty and the authenticity of it. The only way to learn how to cope with the unknowns of live performances is to keep
playing them!

This is huge. Performing live can bring a fresh perspective to a performance from hundreds of trained eyes. Other musicians will be able to watch or listen to you perform and give you pointers on things to improve upon. Playing alone in your room can be fun and you can definitely learn a lot of techniques, but it’s only when you play for others that you open yourself up to a whole world of skills that you never would’ve learned otherwise.

When I first started playing guitar in high school, I never played for anyone. I would stay in my room and quietly strum. Sometimes I wouldn’t even play alone because I was afraid of disappointing myself if I messed up! It wasn’t until one day in guitar class that my teacher changed my perception. I’ll never forget him asking why I played so quietly.

I told him, “If I play quietly, then no one can know when I’m making mistakes.” And he stared at me for a minute before saying: “If I can’t hear you play, I can’t teach you.” It’s true. We aren’t expected to be perfect musicians. It’s not possible, and no one is expecting that from us. But we can’t even improve if we aren’t brave enough to make mistakes (and let those mistakes be heard). So remember: Loud and Proud. Wrong and Strong.

With all this being said, there are some people who naturally crave the limelight and can handle live performances with no problem. If that’s you – awesome! Play with more people, listen to your mentors, and eat your vegetables. But if you’re on the more anxious side of performing (like me), this may be more helpful for you. All I can tell you is that, as someone who suffered from crippling stage fright for many years, it’s 100% possible to overcome it. Here’s the secret – the only way out is through. It’s scary at first, but the more you play for other people, the easier it becomes. And if you can’t muster up the courage to do it yourself? Pretend you’re someone else with fantastic stage presence. Think of your favorite musician and channel that person. And when you walk onto that stage or in front of that camera? Believe that every member of your audience is not only there to watch you, but to support and encourage you. After all, music
connects everyone.